Jeff loves teaching music, and about music. It allows him to see music through a fresh, young set of eyes.

Beginning in 1991, Jeff began his music education career. He entered the field with an initial desire to teach secondary instrumental music. Fate took him another direction, leading Jeff to an elementary music position in western Colorado instead. Much was learned during those first several years.

Change came in the form of twin babies, leading to a desire to be closer to extended family, etc. This lead to the opportunity to move into instrumental and vocal instruction in Iowa, where Jeff and family stayed for three years.

Colorado's beckoning call would not be silenced however, leading Jeff back to western Colorado. He taught at the secondary level for awhile before returning to elementary music where he continued the next 17 years. Jeff earned his Masters Degree in Music Education from VanderCook College of Music in 2008. He has recently moved to secondary vocal education.

During all this time, private lessons have been offered through his own Alpine Road Music Academy (est. 1991), which remains a priority in Jeff's mission.

Serving  over twelve years on the Colorado Music Educators Association (CMEA) State Assembly and Executive Board as both Northwest CO State Representative and Elementary General Music Chair was an honor he will always cherish.

Continuing to work with children while exploring further opportunities for those who might like to discover their own passion will eventually shift from the public school setting exclusively to our own Alpine Road Music Academy, est. 1991. Jeff's passion for music education has never waned.

Call it a curse of creativity...

When playing music, the urge comes about to compose something new.

When directing a children's musical, the urge comes about to write something new.

When a new song is written, eventually it might get transcribed. The urge to create is not necessarily contained in one format. For this purpose, Alpine Road Publishing​ was formed.

Much of our educational works are distributed through a site called

Other transcriptions are presently distributed by Lulu.com and Amazon.com.

With musical training that started at age 3 under the

guided tutelage of both parents, themselves musicians who served as music educators and

church musicians, it became clear early on - music was to be Jeff's destiny.

of college, only to be drawn right back in.., music has continued to be a passion that will not ease it's grip. Jeff finds music

to nearly always be playing in his head "which can sometimes conflict with what is going on around me, I suppose."

That said, music is not his only passion. Family, friends, travel, camping, bicycling and snow skiing also weave

their way in & out of Jeff's spirit.

Since 1981, Jeff's composition and performance have evolved to envelop a wide berth of styles and technique. Whether it be playing covers at a nightclub or restaurant or special event, playing piano/organ at his two churches each week, playing for a wedding or funeral. Or showcasing his own compositions and arrangements at a concert recital. Or showcasing his students' talents at an Alpine Road Music Academy student recital.. Jeff relishes the idea of music performance. 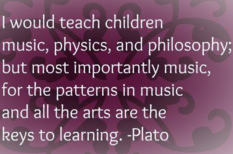 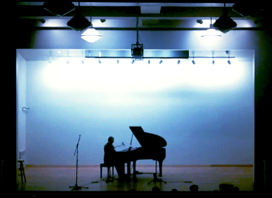 "Mine are the eyes/ears of

Don't think that Jeff is confined to just performing and teaching. Jeff has studied composition for nearly four decades. While his compositions have focused primarily on the piano, orchestration has also served much of his music for the right mood and purpose. Melody, serviced by an intricately subtle harmonic structure tends to dominate, though not be limited to, Jeff's compositional style.

It all started with a composition challenge in college Freshman Theory, 1981. The challenge was to write a piece of music in the style of J.S. Bach, reflective of what had been learned so far. In spite of not winning the challenge, a new passion for composition emerged, evolving over time bringing Jeff's music hosted here to where it is today.

Jeff was raised in a musical household in Oskaloosa, Iowa. His father was a band director & mother served as a church choir director. While searching to discover his own musical voice, Jeff’s diverse musical influences began to shape an unique direction in his composition style. With no words to sing along to, Jeff’s melodies project a mood or environment that often reflects a topical nature.

1998, Jeff decided rather than pushing his music to various promotional organizations & record companies, he would strike out on his own. So JavaMusiK was formed. January saw Jeff heading to a small studio in Minnesota on weekends and laying down tracks for what would eventually become his first of 6 cd's, titled Ascend.

He has found that while composing, a melody can never be forced. “When it is ready, it will arrive. Sometimes I set the table for the melody’s arrival, but I often have to make the choice to be patient. Other times, a melody will just materialize without warning and I must quickly work with it before it vanishes.”